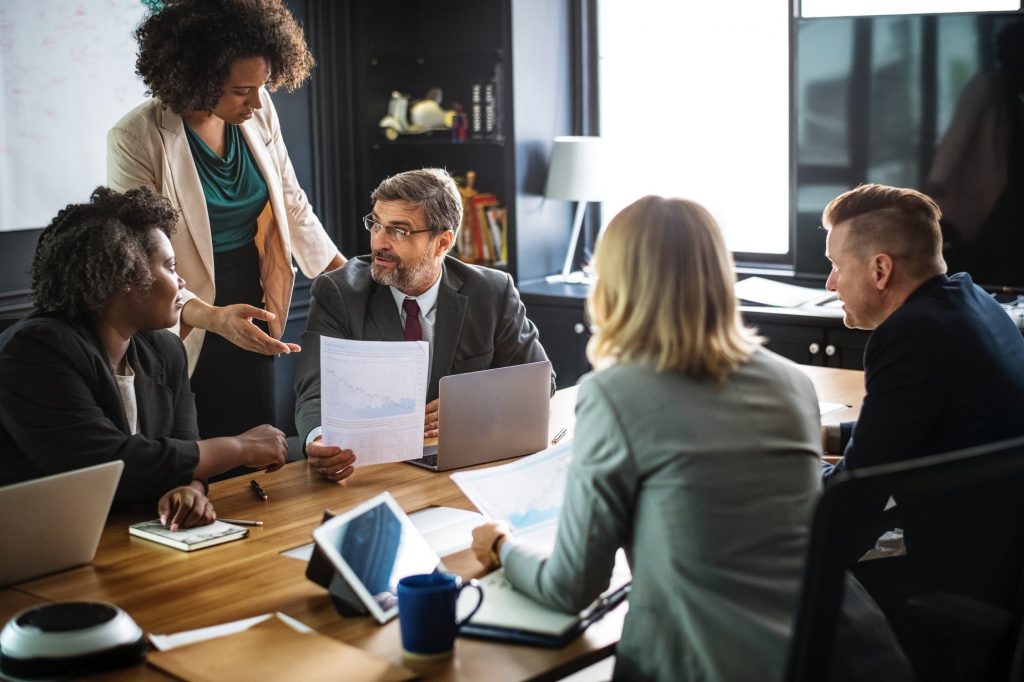 Too often leaders default or give in to the culture that surrounds them. You talk about a “toxic environment?” Or, there is a “bullying style of leadership.” How about the permission that is given to the “loose cannon” or “rock-star” or “maverick” to keep doing their work even though there is destructive fallout?

Whether you are the leader of two or 2,000, you are creating a culture around yourself. Creating an environment of how you act and react is an intentional effort that “doesn’t just happen.”

Leaders of companies can make a profound difference by having the confidence to step up and create an Intentional Culture. Culture will happen. Leaders – no matter where they land in an organization – create the culture around them.

A client, Matthew, was blaming the culture of his company where he was a senior leader, for a great deal of his dissatisfaction and unhappiness. He was condemning his boss and the style of leadership being modeled as the cause of all the problems. He fostered a feeling of righteous indignation that legitimized his disgust and anger toward the organization.

Unfortunately, Matthew was also reinforcing and furthering the culture that was so frustrating for him. He was interacting with the leadership and his team with negativity and withdrawal. He was initially not self-aware enough that he could, in fact, create a culture around him in spite of the culture that was in place.

So often I hear clients complain that they work in a difficult or toxic environment. I agree. I’ve been there. I have worked in places with very challenging bosses and where there were structures at the top of the organization that did not support what I believed to be very fundamental principles of good management.

I realized I couldn’t change the culture of the entire company. I could have an impact on what I did have control of, my team, and every person with whom I interacted. I could create a culture around myself that aligned with my values, and what I believed was the way people should be treated.

At one point in my career, I was managing a group, and my leadership team was comprised of about eight people. It was in a young and innovative company where there was a highly competitive sales culture, and the environment fostered – and allowed – a significant amount of judgment, negativity, gossip, and demeaning of others throughout the company.

Although the company was growing, my belief is this type of culture is not appropriate (or necessary) in a professional organization, and unfortunately, it’s all too prevalent. It reduces productivity, and an inordinate amount of energy is wasted due to petty, personal, and unprofessional behavior.

This culture permeated the team I was responsible for when I arrived. I could have tied in and let it continue, but I knew it was hurting our productivity, morale, and how the rest of the organization – and our clients – were viewing us. I did not want to be just like the rest of the company.

I elected to have a sit-down, face-to-face conversation with each of my direct reports. I delivered the same message to each that this kind of behavior is better left to the junior high playground, and has no place in this group. We discussed more impactful ways of using competition to achieve goals that do not include putting other people down or gossiping. We agreed that disagreements or poor performance could be handled directly with the purpose of finding solutions rather than using it as a mechanism to embarrass.

Virtually each of my team members thanked me for my decision to hit this head on. They didn’t like the culture that had been, either. These were good people who had been raised with the Golden Rule, or the parental guidance, “if you can’t say anything nice, don’t say anything at all.” Nonetheless, they were nasty towards co-workers. There was an immediate culture-shift within our team, and the impact of positivity improved our quality of life and began to impact our cross-functional partners and our work product.

One team member didn’t understand the problems I had raised. He was, in fact, responsible for a great deal of the negativity. The subsequent conversations with him helped him know that he could be more successful if he shifted his way of working with others on the team and across the company.

Top management has an opportunity to hit culture head on and create an environment that fosters success, innovation, and productivity by taking into account the human side of leadership.

Read more about the things that prevent us from moving forward with The Impact of Confidence: 7 Secrets of Success for the Human Side of Leadership by Timothy J. Ressmeyer (2018) from which this excerpted. Available on Amazon